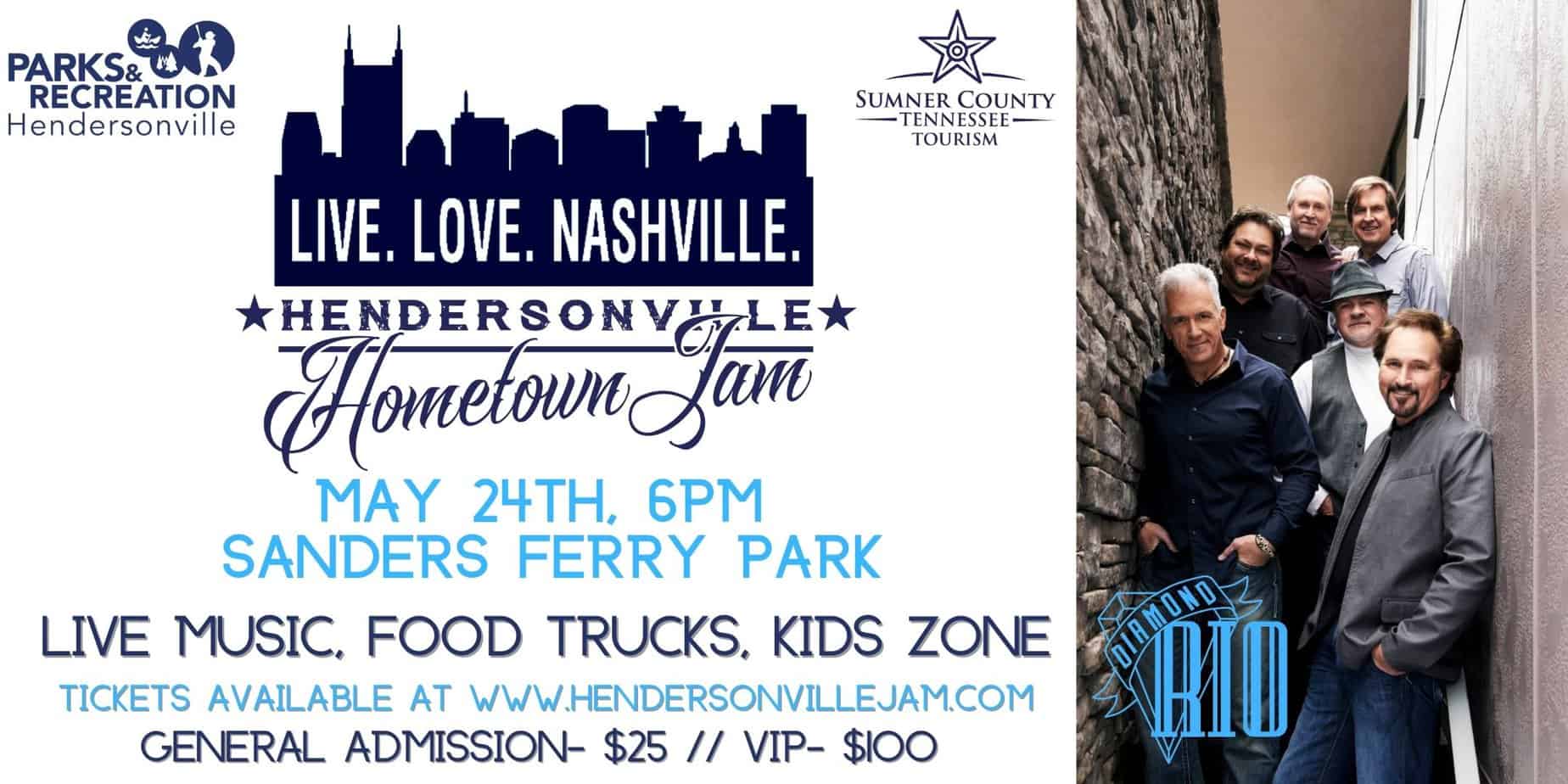 A Night for Live Love Nashville

Live Love Nashville and Hendersonville Hometown Jam invite you to Sanders Ferry Park on Tuesday, May 24th, 2022 to kick off summer break!

Save the date: Tuesday May 24th at Sanders Ferry Park!!

We will also be doing a special tribute to Johnny Cash in remembrance of his 90th Birthday.

Headlining this year's event is the legendary Diamond Rio!

Diamond Rio’s most recent release I Made It, is their tenth studio album. The title track was co-written by the band’s lead guitarist Jimmy Olander and features 11 new songs. Produced by Olander and Mike Clute, I Made It is available on iTunes and www.diamondrio.com

Diamond Rio signed to Arista Records and in 1991 with the release of “Meet In The Middle” became the first country music group in history to reach No. 1 with a debut single. The band is also known for their hits “How Your Love Makes Me Feel,” “One More Day,” “Beautiful Mess,” “Unbelievable,” “In A Week or Two,” and more. They released their first-ever autobiography, Beautiful Mess: The Story of Diamond Rio on Thomas Nelson in 2009.

The band known for playing every note on every album recently celebrated their 30th Anniversary, has sold more than 10 million albums, won a Grammy Award, a Dove Award, six Vocal Group of the Year wins (CMA and ACM), released two Greatest Hit albums, a live and Christmas project, earned five multi-week no. 1 singles, 22 Top 10 singles, three certified Platinum and five gold albums, released an autobiography – and with zero band member changes. Known for their charity commitments including long-time spokespersons for Big Brothers Big Sisters, the band has raised over $1,000,000.00 for non-profits and received the Minnie Pearl Humanitarian Award.

At just 22 years old, singer songwriter and self taught guitarist, Payton Smith, has a lot to celebrate. Since co-writing his debut single “Like I Knew You Would” and releasing his self-titled EP in late 2019, the Louisiana native has amassed over 35 million streams worldwide and was the most added new artist to radio in 2020. Known for not only high energy guitar slinging and smooth vocals, the CMT 2021 Listen Up artist also composed and played every string instrument on each track of his debut project. As Taste of Country noted his “raw talent, authenticity and strong work ethic are bound to bring him country music success for many, many years” as one of 2021’s Hottest Country Artists Under 25. Music Row called Smith the 2021 Next Big Thing, while “Like I Knew You Would” charted as the number 7 song of the year on Spotify’s Hot Country. With a string of new shows and a collection of new songs, including the high-energy breakup song “Need You To Not”, ,2022 will undoubtedly continue to be a breakout year for Payton Smith. 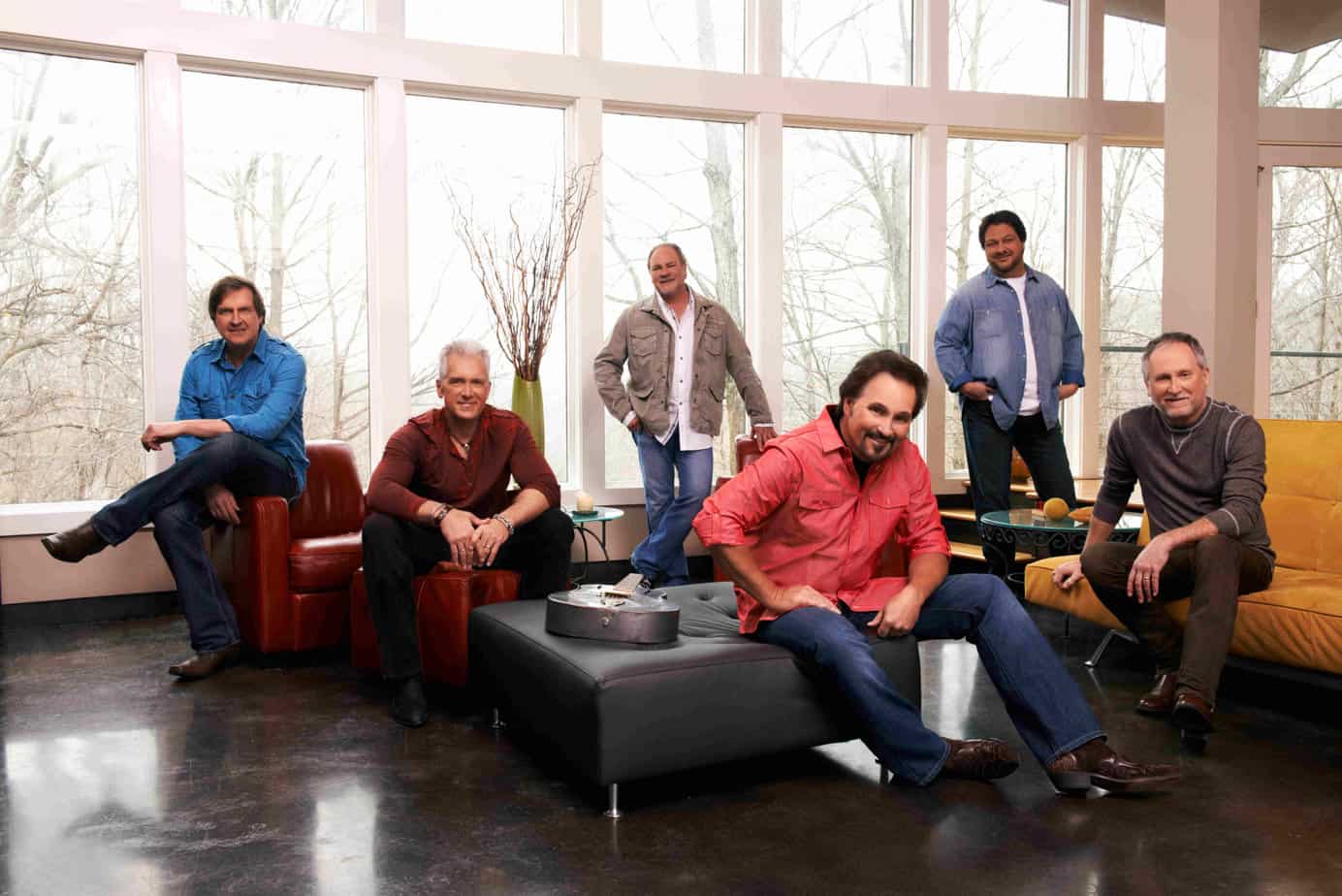